Teams design and build a marble run that keeps a marble rolling for the longest possible time. To keep their marble rolling slowly, participants investigate forces of gravity, friction, and drag. 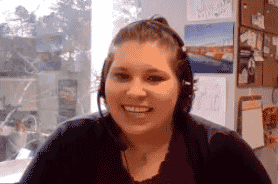 Friction: The force that slows objects down when they are rubbing against each other. Some things make lots of friction, like brakes on a tire, and some make very little friction, like skates on ice.

Gravity: A force of attraction that occurs between all objects. We experience it as the constant force that pulls objects toward the center of the Earth.

Drag: The slowing down of something as it moves through air, water, or other fluid, which causes friction. A race car experiences drag because of air pushing against it as it goes around the track.

The Pont du Gard aqueduct in France was built to supply water to the Roman colony of Nemausus, which is now the city of Nîmes. Credit: Benh LIEU SONG/Wikimedia Commons.

Choose an area with plenty of room to spread out and build. It should include some furniture (e.g., desks, tables, chairs) for participants to use as part of their marble run.

Everybody wants to get to their destination as fast as possible. Moving things efficiently from one point to another is a challenge that engineers have been working on for hundreds of years. Engineers use creativity to solve this and many other problems. Consider:

For younger children, introduce the activity by getting them thinking about water transport:

Today you will make a marble run, which is a lot like a pipe that carries water. The catch? We want the marble to go through this marble run as SLOWLY as possible.

Introduce the design challenge. Teams of 3 or 4 participants design and build a marble run that keeps a marble rolling for the longest time.

Give teams 5 minutes to plan their marble run. Some tips you can share:

Give teams 20 minutes to build their marble run. Teams should test their creations as they go and refine them to keep the ball rolling as long as possible.

Test the marble runs. One person from each team will be the timer and another will release the marble. Remaining team members may monitor the marble as it proceeds along the track or may hold up parts of the marble run.

Supply a large variety of recycled or scavenged items to inspire creativity. Build a marble run that sets off a domino run or other chain reaction.

Work as a large group to build a marble run that goes all the way around a room or across a playground.

If teams become frustrated with a problem they encounter, help them brainstorm solutions. Don’t tell them what you think will work best; let them decide as a team on the best course of action.

Engineers are often asked to figure out a way to move objects from one place to another. Many times, their challenge is finding fast and efficient transportation for people or goods. Subway systems are an example of transportation that engineers help to design and build. A subway combines a track with underground tunnels in order to move people quickly from one place to another without being affected by traffic, like many roads are. Subway systems must be fast and safe to get people to a wide range of places quickly. For example, New York City’s subway has about 450 stations all over the city! Successful engineers must use their power of observation to develop, test, and analyze information about subway systems over and over again so that they can make the best subway possible.

Every scientist is born with a superpower: the ability to observe! Observing, or looking closely, at the world around you is a useful skill scientists use in their work. During this activity, you used your powers of observation to watch how a marble rolled on the track that you made. Like a scientist, you probably looked for patterns in the way your marble moved. When scientists observe, they do the same experiment over and over again looking for regular patterns—in the motion of an object, for example. They write down what they observe to keep a record of what they see each time they perform a test. Once they figure out what the patterns are, scientists use these patterns to make predictions about future motion. Careful observation also helps scientists find and solve problems that come up in their designs and investigations, so that they can eventually come up with just the right solution.

Have you ever wondered why the wire lines on ski lifts don’t snap, or how roller coasters stay on their tracks? Ski lifts and roller coasters are possible because engineers have great knowledge about forces and how they work. Engineers design and build structures such as houses, skyscrapers, bicycles, and cars so that they hold the necessary weight and withstand whatever forces are going to be placed on them. Engineers use the engineering design process to test prototypes and find the best design. No one would want to ride a roller coaster or a ski lift that hadn’t been tested numerous times to make sure it is safe and works properly!

The key to keeping your marble rolling is to understand the forces acting on it, especially gravity and friction. Gravity constantly pulls down on the marble, causing it to roll on any surface that’s not perfectly level. The same thing happens to water in an aqueduct; gravity causes water to slowly flow down the gently sloping track. If the aqueduct were steep, the water would flow too fast. Friction occurs any time two objects rub against each other. This rubbing slows movement and creates heat in the process. You can feel this heat by quickly rubbing your hands together. If the force of friction is greater than the force of gravity, the marble will roll to a stop. By making your track just steep enough to overcome friction, you can keep your marble rolling for a long time!