Kodi Verhalen is a Partner at Taft in the Energy practice group and is licensed in Minnesota, Ohio, and Wisconsin. Having started her career as an environmental engineer before attending law school, Kodi brings a business-minded approach to her practice and client relationships. She joined Taft as an associate in 2010 and was elected to shareholder in 2017.  In 2018, she was named an On the Rise: Top 40 Young Lawyer by the American Bar Association, an Up and Coming Attorney by Minnesota Lawyer, and an inductee to the University of Minnesota Duluth Academy of Science and Engineering.

In 2016, she served as the youngest (and only the third woman) president of the National Society of Professional Engineers (NSPE), a 31,000-member organization. In the ten years Kodi has practiced energy and environmental law at Taft, she has established an impressive reputation, is driving business, and is widely regarded as a top-notch lawyer and key figure in the firm.

As the 2016-2017 president of NSPE, Kodi led several key efforts during her tenure, including initiating a task force to evaluate the future of professional engineering, increasing attention on racial and gender bias in the workplace in early 2017, and moderating a panel on the ethics of autonomous vehicle deployment at the National Academy of Engineering. Each of these efforts spurred thoughtful and important dialogue, shining light on important issues to the professional engineering community. In 2020, NSPE invited Kodi to join a committee created to lead the search for a new NSPE executive director. After a months-long process, the committee recommended, and NSPE hired, its first female executive director.

Kodi was recently elected by the Minnesota Legislature to serve a six-year term as Regent of the University of Minnesota for the 6th Congressional District. She is vice chair of DiscoveryE’s board of directors, a member of the Minnesota State Bar Association’s Environment, Natural Resources, and Energy Section Council, and participates on the planning committees for the M Health Fairview University of Minnesota Children’s Hospital’s WineFest and FashionFest annual events to raise funds for pediatric research, patient services, and family services.

Kodi is a generous mentor to both engineering students and individuals earning their law degree while also working as professionals, particularly for women in these fields.

In July 2021, the Minneapolis/St. Paul Business Journal recognized Kodi’s contributions to her community through her work and volunteer efforts by naming her Kodi as one of its Women in Business honorees. In 2021 she was also named a Minnesota Rising Star in Energy and Utilities law by Super Lawyers. This marks the fifth year Super Lawyers has recognized Kodi in this category. 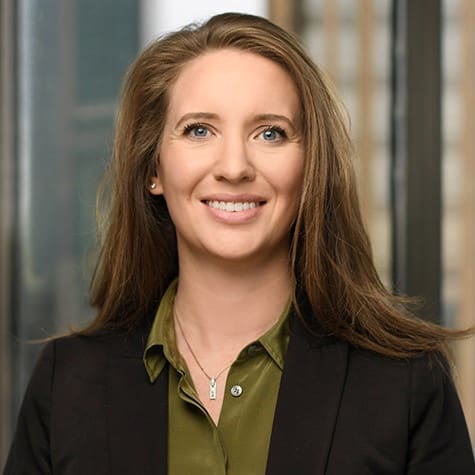